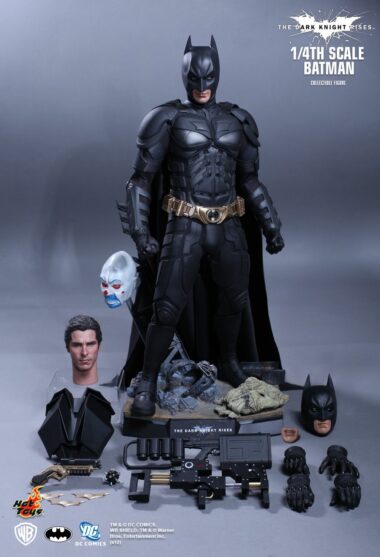 – Item is brand new and sealed in its original package

Accessories:
– One (1) flight pack
– One (1) figure stand imitating the movie scene with the masks of Bane, Joker and Scarecrow, as well as the movie logo

Exclusive Bonus Accessory for Special Edition:
– One (1) 1/4th scale Batman mask
(This special edition is for selected markets only.)