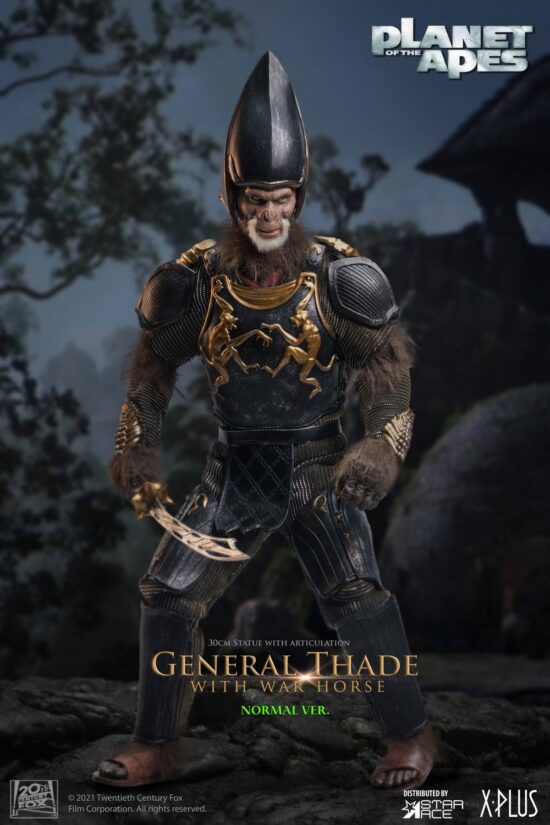 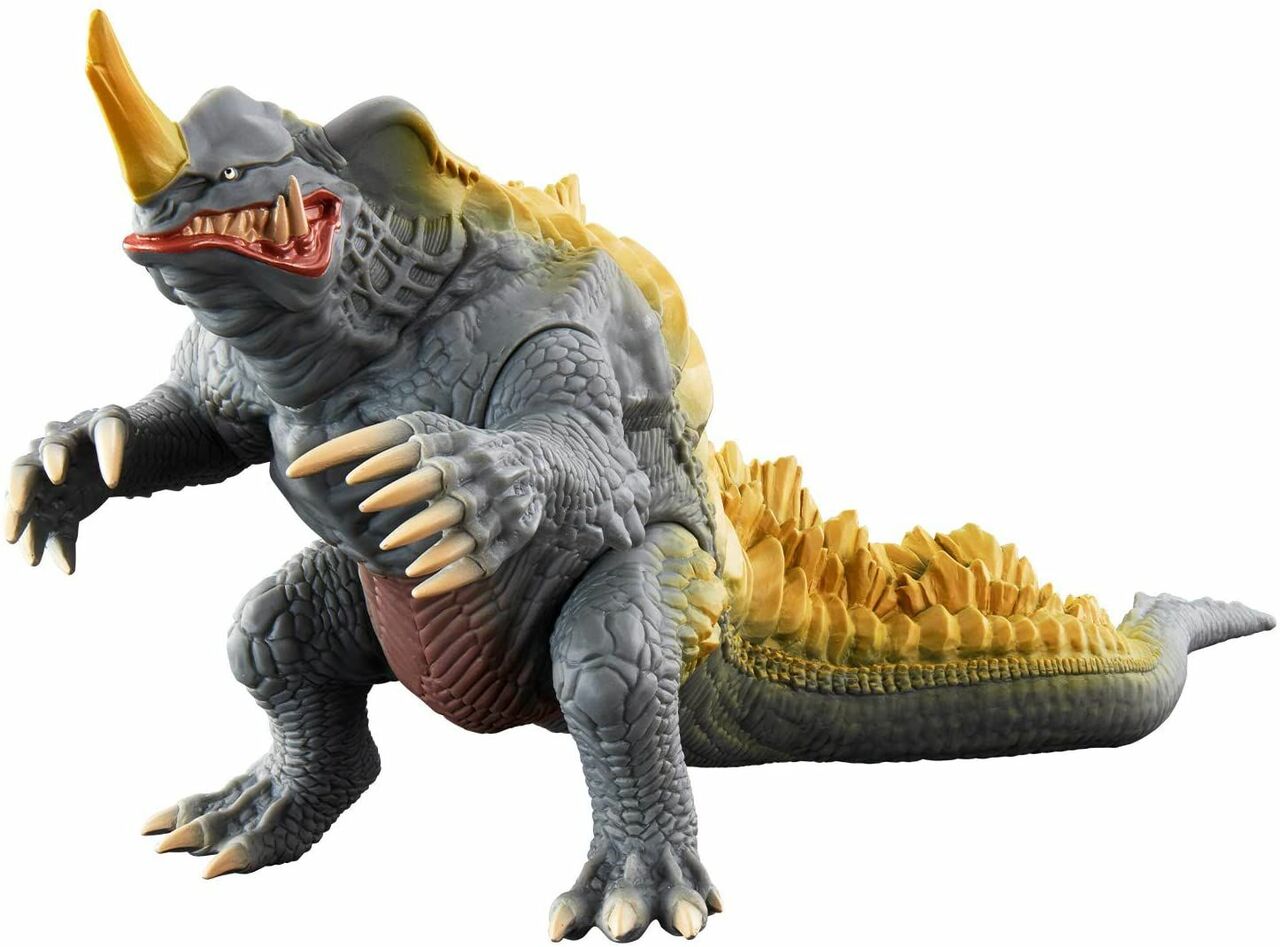 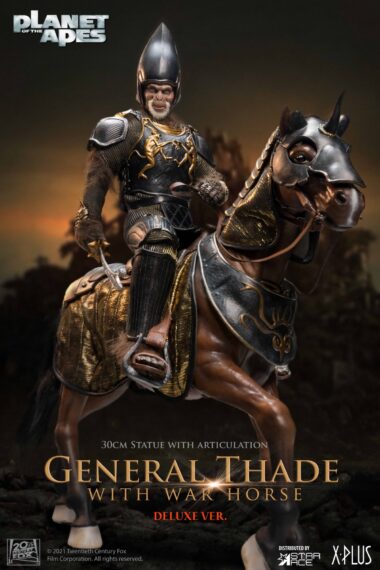 -The shipping fee To Be Settled When Release
-Estimated Release date: 2022 April

In Tim Burton’s Planet of the Apes (2001), the chimpanzee general Thade wanted to exterminate all humans. Tim Roth brought the character to life through heavy ape make-up and was able to make the character the ultimate evil ape.
This polyresin statue of Thade has a fabric costume and fur accents under his armor with a faux fur beard. It is articulated at the shoulders and neck for limited posability and stands 30cm tall. It features a detailed, authentic likeness to Thade in the film and is meticulously hand painted.
The evil soldier ape is available standing on his own or sitting astride his fully equipped war horse with removeable saddle and bridle.